Export guide beyond the Rhine for French SME

How to know if you are ready to export to Germany 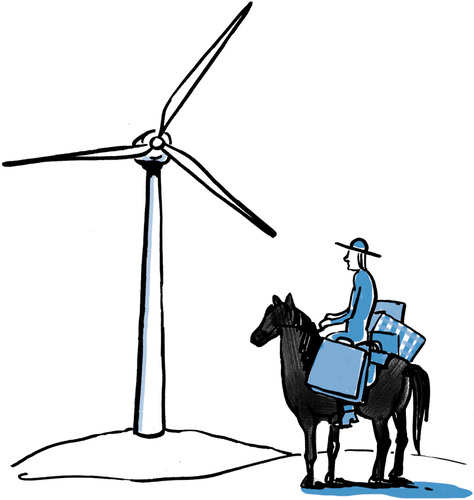 Nobody disputes it: Germany is a prosperous country. Low unemployment rate, steady economic growth, record exports. But the impression of many entrepreneurs is that Germany is currently a business eldorado. Is it true ? In part only. The opportunities are certainly many, but Germany is not a "new country". The sectors of activity have long been invested by local companies, often exporting and therefore very competitive in their domestic market. An export project must be carefully prepared. Here are some ways to test your business.

Do you know Germany? Five received ideas to evacuate before you start

Attacking the German market assumes that you are precisely interested in the country and its culture. This will allow you to follow and understand your sales representative on site. The discovery of this culture can go through a multitude of biases: general and specialized press, films, history, documentaries. The best course is to make one or more stays in an industrial area to "feel" the spirit of the country. Direct experience is better than all speeches. The worst mistake to commit is to approach the German mentality with some preconceived ideas that will make you, at the first setback, take the dangerous slope of contempt, even german bashing, the sport so appreciated in some French circles. Here are some typical misconceptions:

False! If they are export experts, Germans are not all English bilingual as would be a tenacious belief in France. A prospect will always prefer to be spoken in his language, which will allow him to better understand the characteristics of your product and to be reassured if one day a dispute arises. Think about it: you react in exactly the same way. You certainly understand English but you tend to be wary of written documentation in a language that is not yours. This is why you will need to translate your website, sales literature and user guides into German. As for your sales representative, if he is not himself German, his level of language must be at least common at the outset and he must quickly master the technical terms of his specialty ... even if the French accent is still today he appreciated in Germany!

"Berlin is the capital of Germany no? To this question, the Germans will of course answer you in the affirmative, except that they understand the word "capital" a little differently from you! For historical and political reasons, Berlin is the administrative capital of Germany only since ... the year 2000! Before, the country was divided in two. Berlin was certainly capital, but only of East Germany, or GDR (German Democratic Republic), communist state disappeared in 1990.

West Germany or FRG (Federal Republic of Germany) was based in Bonn, a small town near Cologne in the west of the country. The famous Berlin Wall, which fell in 1989, sealed the city in two parts. The companies that had their headquarters in Berlin until the Second World War resettled after 1945 to the west and the south to flee the Russians and the planned economy. This is the case, for example, of Siemens , a leading lighthouse manufacturer in Berlin since 1847, today mainly based in Munich and Erlangen ... Compared to Paris, the political, administrative and financial center of France for more than five centuries, what a difference! If Berlin is often at the center of the news, this is not usually where you will do your business. See below the details of the economic organization of Germany.

With 50 years of Franco-German friendship and European integration, many entrepreneurs imagine that the German tax and legal system is very similar to French. This is only partly true. While many harmonizations have taken place, the differences are still very important and you will not be able to afford the services of a legal advisor and a tax advisor familiar with both countries. There are many, we will tell you where you can find yours. Even if your turnover is non-existent at the beginning of your activity, you could be caught by the taxman sooner than you imagine. Be sure to have a professional accompany you as soon as possible.

Germany is of course a rich country, the Gross Domestic Product (GDP) is the first in the European Union and the 4th in the world, just before ... France. But would you say as far as all the French are rich? Far from there. As in France, income differences in Germany are strong within the population. If unemployment is deemed low (3.2 million anyway!), Germany has just introduced the minimum wage at 8.5 euros per hour on 1 January 2015. Four million people live from the help social and 8 million people are considered poor! Moreover, the Germans do not spend like the French. Services are relatively undeveloped, those who work there are generally poorly paid. This is the case for example in the distribution. On the consumer side, keep in mind that the Germans are the champions of the discount with brands like Aldi and Lidl . The food market is the most competitive in Europe. If they like big cars and enjoy quality equipment products, they are reluctant to spend too much money on food or clothing. Germany has a large middle class, which is an interesting market, but you have to take the time to understand if you are talking to the consumer directly.

5) « Germans are difficult to access and hard in business. »

Once again, this is an accepted idea. Of course, the Germans are not southerners. They speak less, do not gesticulate and are often more reluctant to trust. This is what often dismays the French, accustomed to easy contact and long conversations. If the Germans take longer to build a relationship - whether personal or business - it is because they hate to take risks. They prefer to be sure of having no surprises. But once confidence is established, they are generally faithful and loyal. They will need a good reason to change provider. It is therefore very important to take good care of the first contacts with your prospects, because once the "trial period" is over, the work often becomes simpler, more predictable, in a word more pleasant than you expected. We will come back to this in a future chapter.

ARE YOU STRONG ENOUGH FOR THE FIRST EUROPEAN MARKET?

A location abroad is always expensive and risky. Especially in Germany, where the endurance factor is essential, as this story shows.

Nicolas arrived in Germany at 22 years old. He works as a sales representative for a French SME specialized in surveillance devices. After several months of canvassing, he manages to land his first contract ... who will be the last of this client with his company!

« My company had hired me as a salesperson regardless of whether she would have the internal resources to meet the demand. At the first order, when the customer called in France, he came across a secretary who spoke only French. She was unable to forward her question to the service concerned! And the production time was very long, because the company did not have the capacity to respond to an increase in production. A disaster. Subsequently, I was always afraid that the prospects were disappointed, which disrupted my commercial action… ». 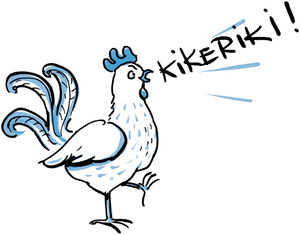 A company looking to export must have a solid backbone. Exporting must not be a solution to compensate for failing business in your home market. Otherwise you risk compromising your chances of success. Before launching a project abroad, ask yourself if your business is working properly.

Home of the guide 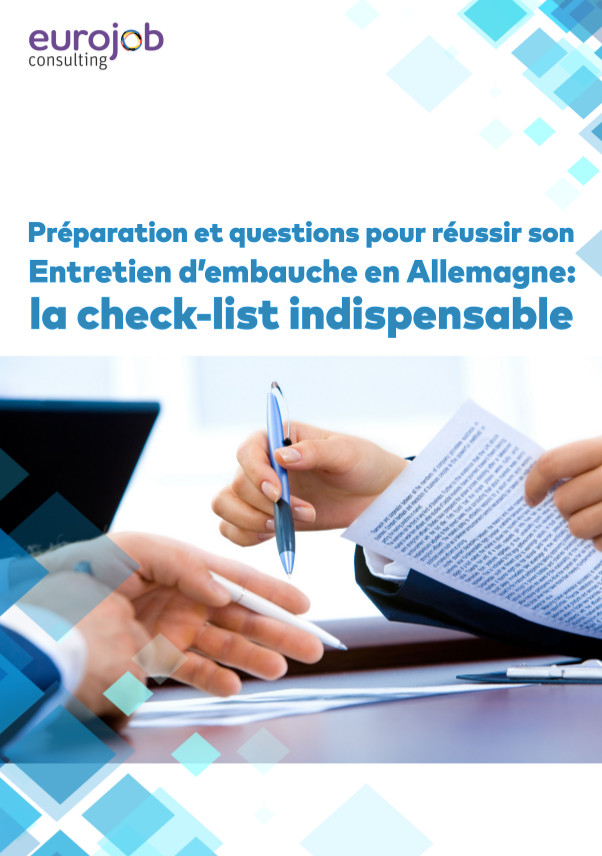 Brochure: Preparation and questions for a successful job interview in Germany (French)

Cécile Boutelet is a freelance journalist. As a specialist in the German economy and companies, she has been a correspondent for the newspaper Le Monde since 2010. She has been very interested in this book and she has found great interest in it: she has devoted her first years abroad to creating and developing a little company.

To assess your critical size, ask yourself the following questions:

1) Do I have a good command of my home market?

You are an actor well present on your sector. You know your competitors in your area and beyond. They know you and respect you because your product is competitive. You are able to respond to an increase in production if it occurs. Your margin has been sufficient for several years to allow you to take risks. Your order book is satisfactory for the next three years.

2) Can I finance my investment project over several years without my main business suffering?

Exporting to Germany means first prospecting for a given period, often lasting at least two years. During this time, you will only be sowing, that is, spending money for a subsequent return on investment (see Chapter 3: The Timeline). This period is often incompressible, the expense should not generate stress in your company, but must be carefully budgeted. A discount investment will compromise your brand image with your German prospects, who are very attentive to the quality and solidity of your approach. A service that seems wobbly can cost you a lot.

3) Do I have the internal capacity to respond to demand? To hire?

Developing your business abroad does not just mean recruiting a salesperson. This person must be followed in his work, or even trained if he is a young person, which is the case of International Volunteers Abroad (VIE) , who are under 27 years old. This means that internally, a director can take two to three hours a week to review the progress of the surveys. Depending on the case, it may be essential for the director to travel regularly to the country to meet the clients himself.

THE EXPERT'S COUNCIL - The importance of internal resources

François Gaillard has more than twenty years of experience in the German market. After successfully establishing the German subsidiary of a French group specializing in remote monitoring and electronic banking, he now advises French companies. He makes the following recommendations:

« For an implementation, you have to have the resource. If the company is already stretched in internal human resources, if the French supplier takes two weeks, one month to respond to a customer's request, it kills the commercial action. »

Once the first cases are launched, the parent company must be able to respond to production. A sales assistant must be able to speak German in order to understand the application and transfer it to a competent person.

« You have to question the capabilities of your back office. Who speaks German in the company? A sales assistant with a German level of bac, that's not enough. If the prospect calls, you have to be able to answer him. In certain sectors of activity, it does not pass. In the agro-equipment, it's not even worth thinking about! » 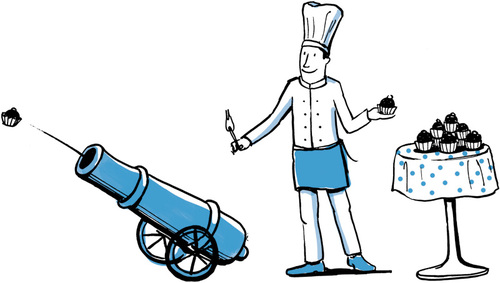 As mentioned in the introduction, Germany is not a "new" country. Your competitors are already in the field, and customers will always prefer to buy German rather than a foreign brand, especially if they are professionals. Your only hello: to offer a better product than the competition, which offers a better service or higher quality. Germans like to be convinced by technical arguments. Take the time to carefully evaluate your competitors' products to define each point on which your product is superior. This argument will be useful to your salesperson who will then confront the reality on the ground.

« In Europe, the difference is played on the service rendered and not the price. One must be wary of aggressive approaches in terms of price but which offer only a minimal additional service. In the end, this strategy is not the right one. »